Rector of the Turan University, doctor of economic sciences, professor Alshanov R.A. welcomed all participants of the conference at the opening ceremony.

Honorary guests of the conference also delivered a welcoming speech. Mikaela Friberg-Story, the UN Resident Coordinator in Kazakhstan; Vlastimil Samek, representative of the UN Department of global communications; Chad Kinnear, Assistant public affairs officer of the US Consulate General in Almaty; Zhong Hua, Deputy Consul General of the PRC in Almaty; Wang Qingping, Consul of the PRC in Almaty; Sermin Tekin, Vice Consul of the Republic of Turkey in Almaty; Bakhodur Nazir, Representative of the Consulate of the Republic of Tajikistan in Almaty; Arenova A.A., Head of the Department of political cooperation of the Representative Office of the MFA of Kazakhstan in Almaty; Rakhimzhanova Zh.B., Head of LLP “British Council (Kazakhstan); Zhumabaev A., Project manager of the UNDP; Alpysbayeva M., UNESCO Cluster Office in Almaty; Argymbaev E.K., President of the Public Association “Red Crescent Society of Kazakhstan”; professor Aliyarov E.K., President of the Kazakhstan Center for Humanitarian and Political Conjuncture; Seidumanov S.T., Director of the Institute of Philosophy, Political Science and Religious Studies of the KN MES RK; Aben A.S., Representative of the Kazakhstan Institute for Strategic Studies under the President of the RK.

During the opening ceremony, rector of the University professor Alshanov R.A. awarded UN Resident Coordinator in Kazakhstan Mikaela Friberg-Story by the title of Honorary Professor of Turan University. Moreover, the distinguished representative Ms. Mikaela Friberg-Story stated: “Kazakhstan has played a significant role as a full-fledged member of the United Nations, in particular, by its highly valued decision of signing the Treaty of Non-proliferation of Nuclear Weapons as a peaceful and respected state in the world”.

As part of the Model UN, the work of three committees was carried out: the General Assembly, the Security Council, the United Nations Environment Program (UNEP).

The “Model UN” is an imitation of the United Nations where participant students practice the role-play scenario of real world in the role of delegates of states to reproduce the activities of various UN committees, acquire diplomatic, leadership, oratory, language skills and the ability to compromise. The UN model helps to realize significance of one’s future and to feel oneself a part of the world community — a necessary, unique, unrepeatable component of it. Participants are expected to meet with student life, new impressions and a great experience!

On behalf of the UN Office in Almaty and the University of Turan, all participants of the conference “Model UN” were awarded Certificates of Honor. In addition, the best reports of delegates and winners in nominations were additionally awarded with valuable presents. 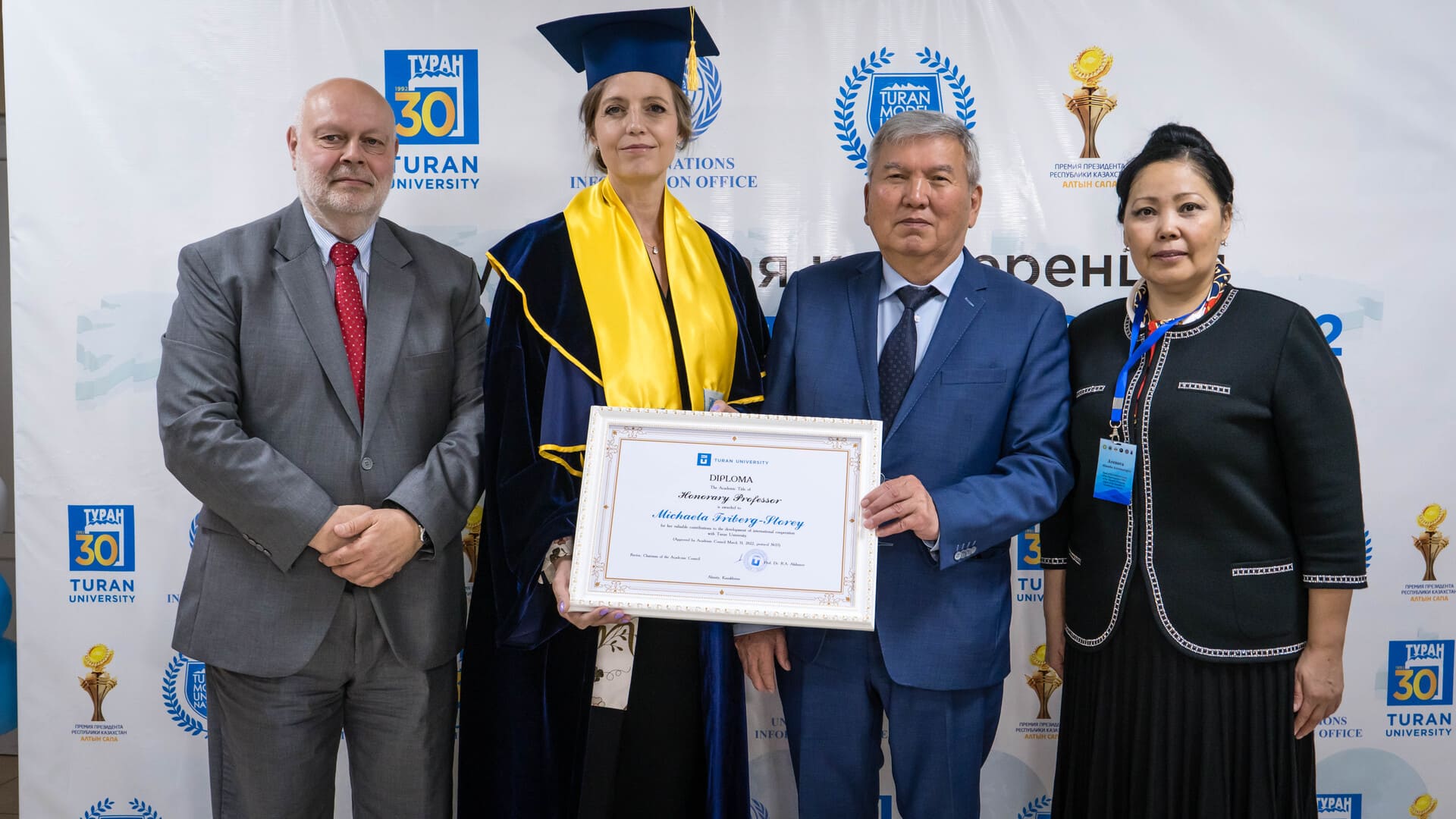 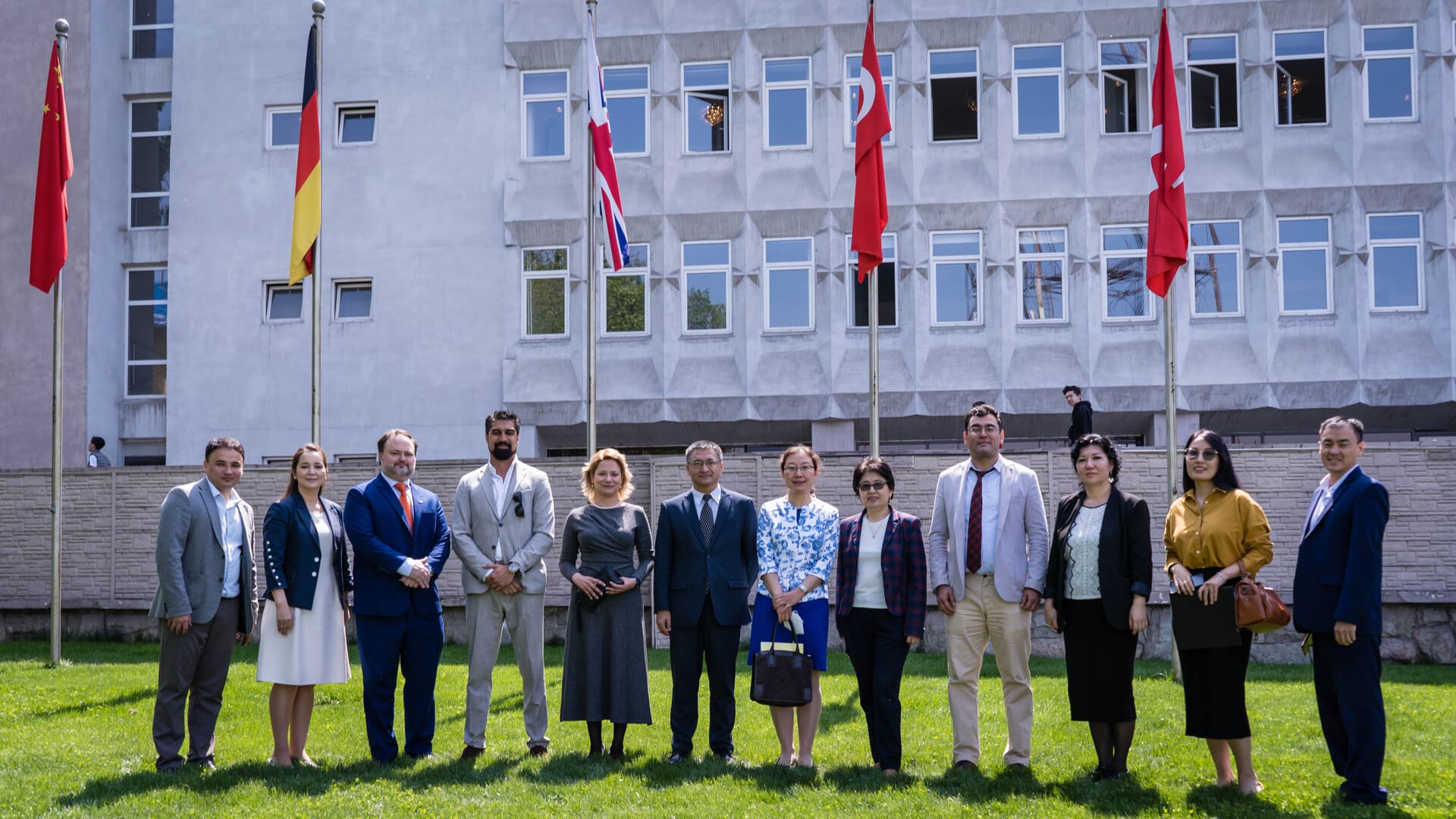 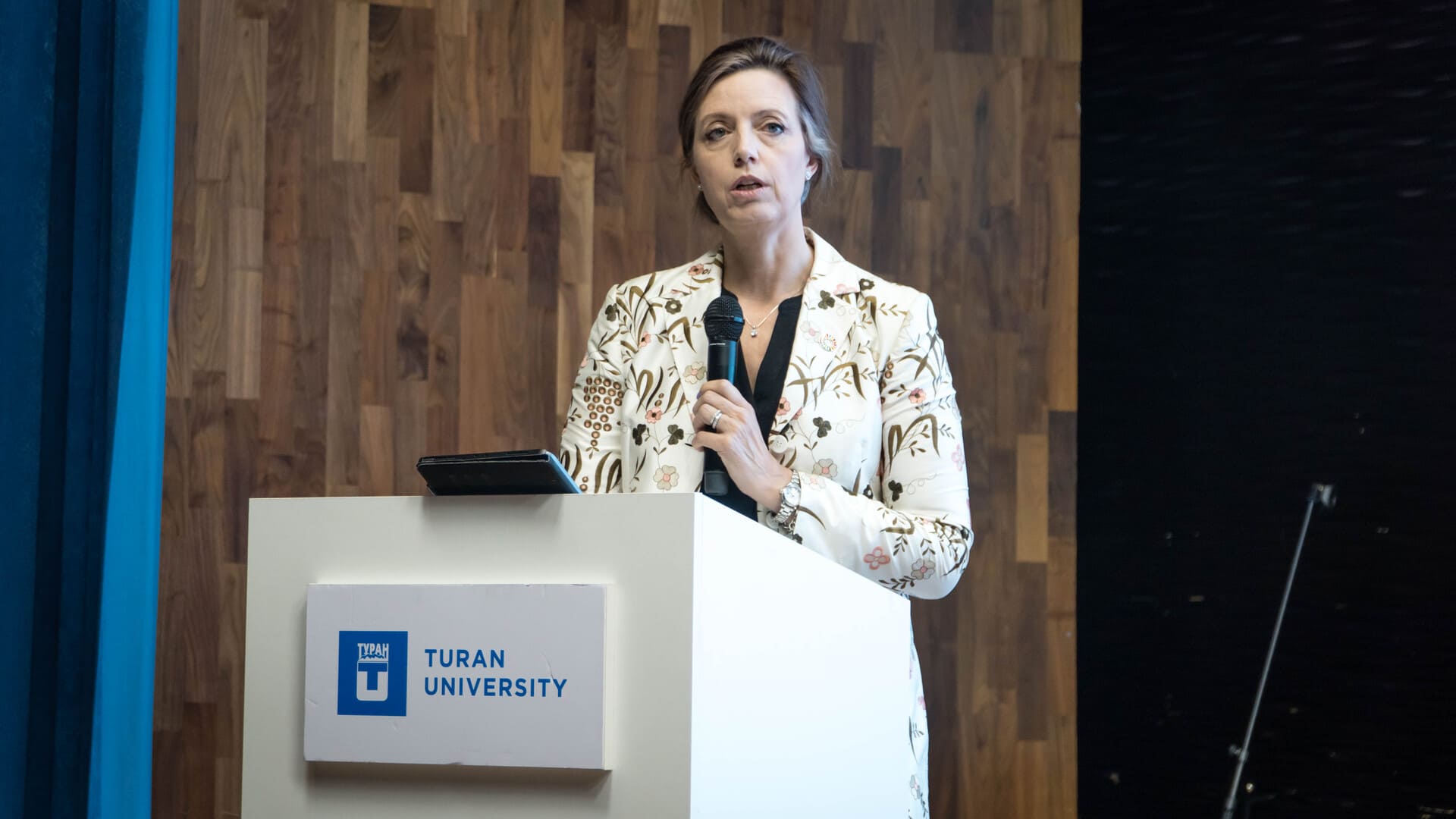 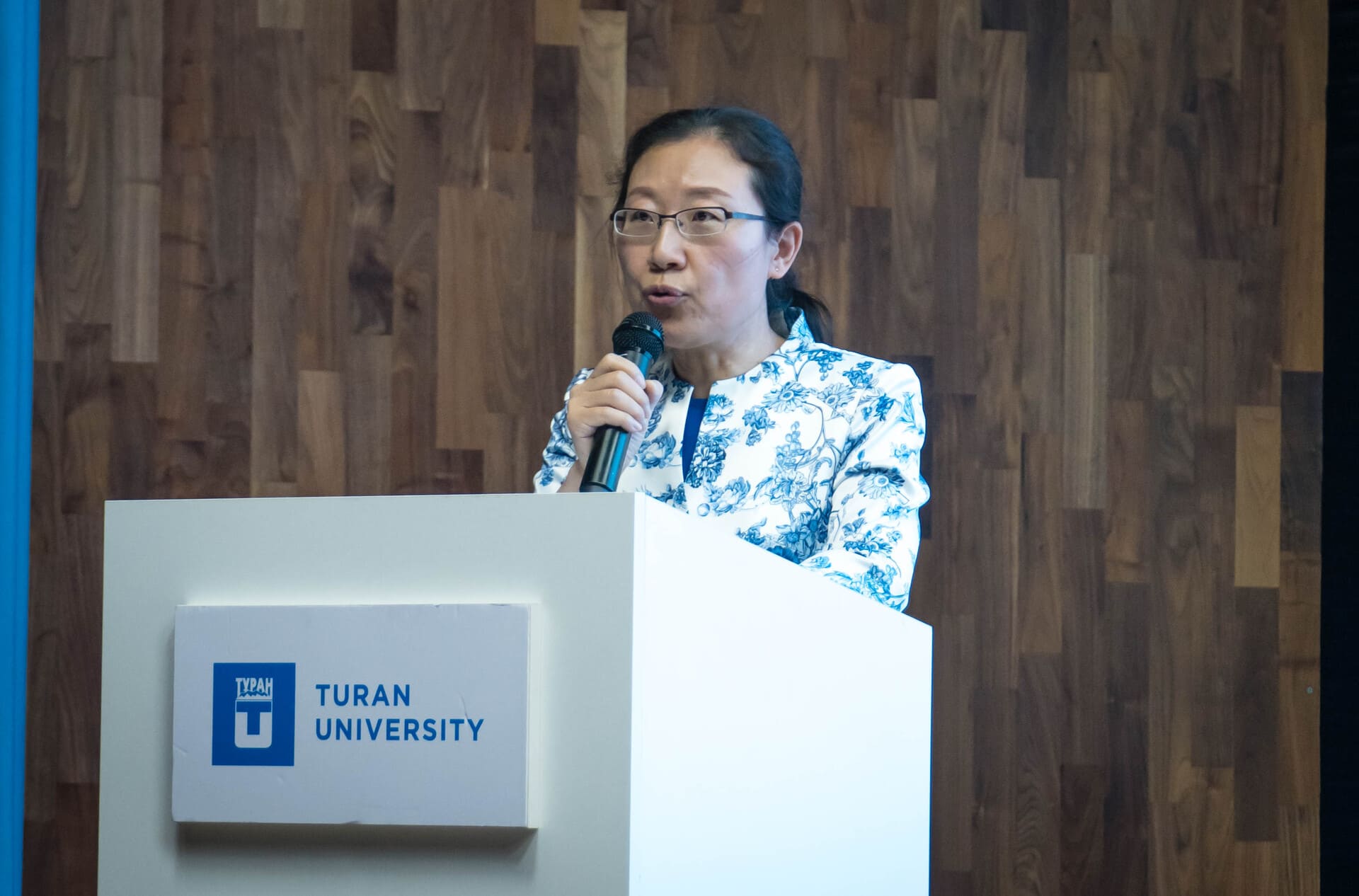 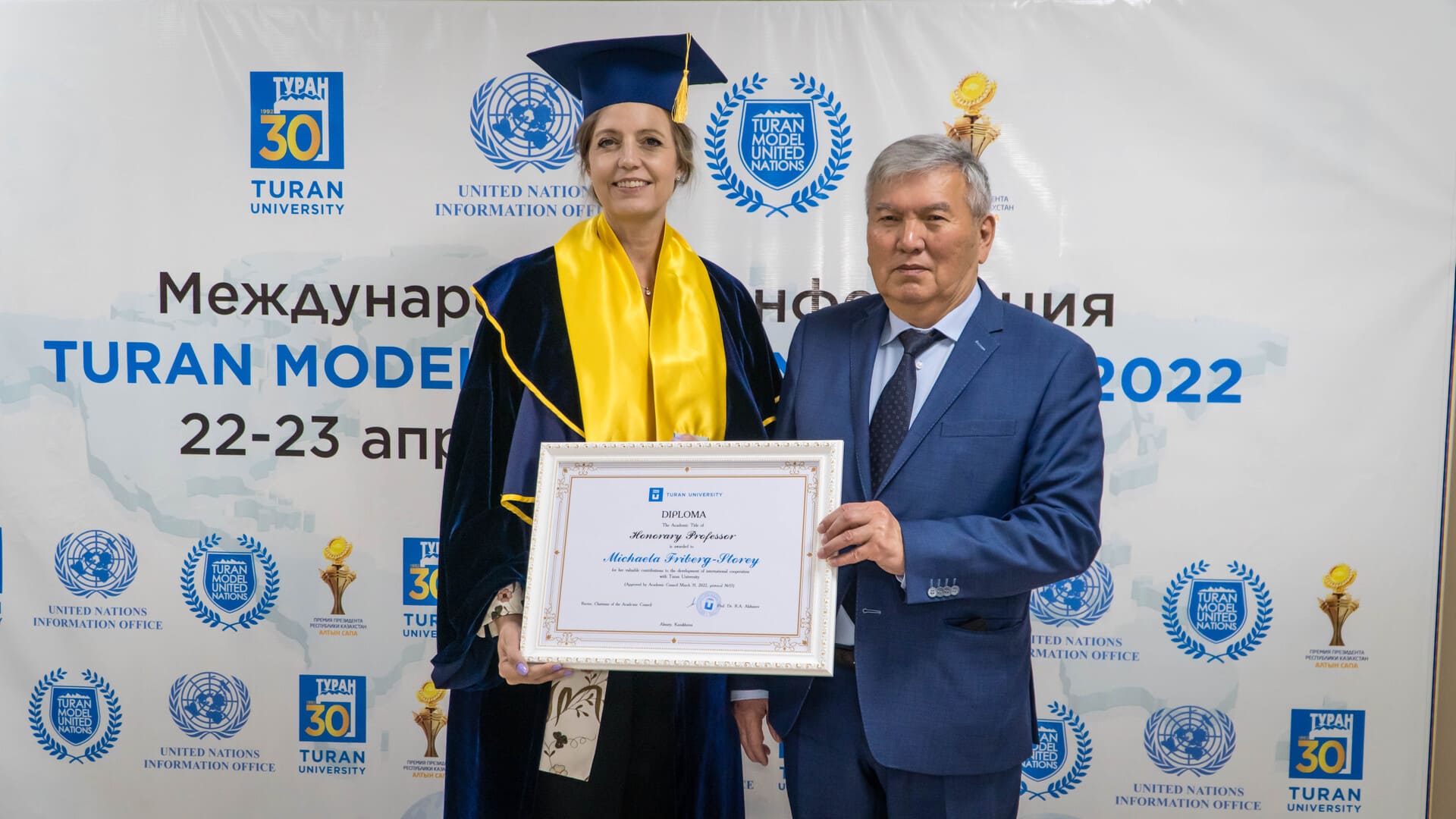 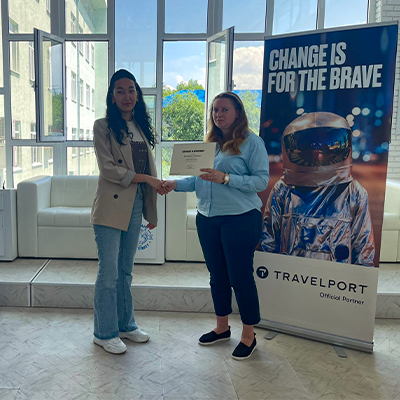 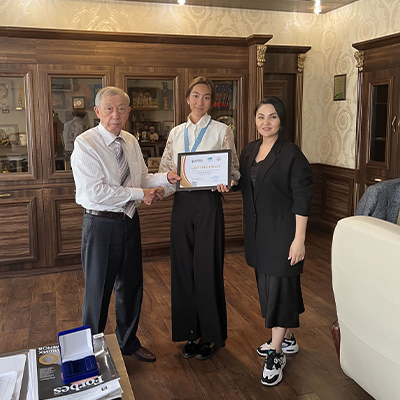 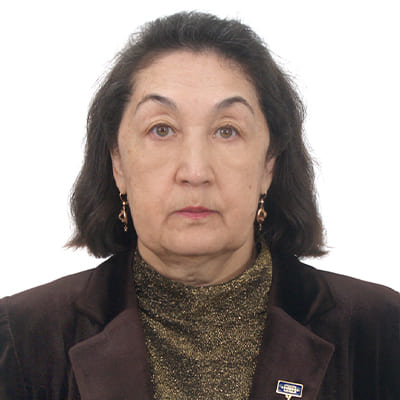 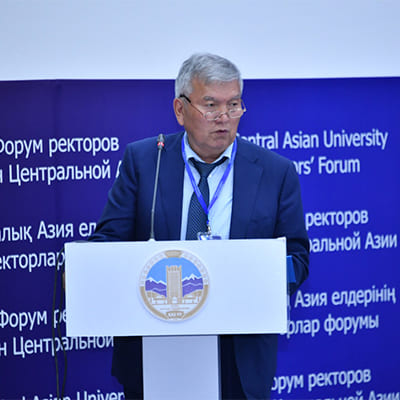